TOOLKIT #1 Anna-Marie Wallace, Made OF Australia 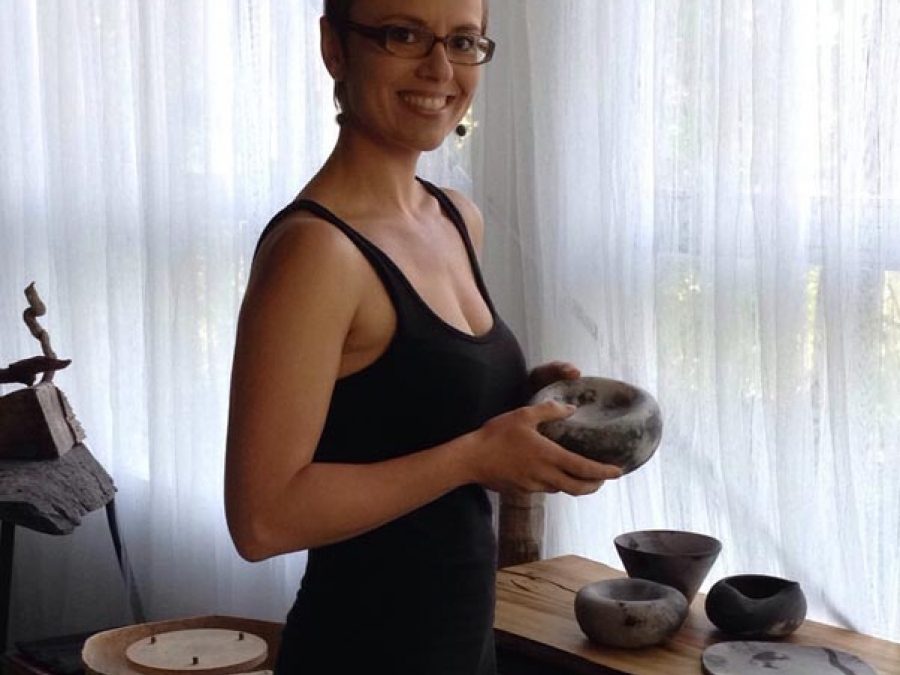 TOOLKIT #1 Anna-Marie Wallace, Made OF Australia

Anna-Marie Wallace began her workshop by thanking the indigenous community who are “part of this place. Without them I would not have a business.”

Anna-Marie describes herself as a ceramic artist/potter who started by accident about 4 years ago. She was taking her father and while waiting for him went for a walk. She came across a shed with a ‘cantankerous old man’ at his pottery wheel. She asked if she could join him. He showed her the basics of how to throw and she was hooked.

“When I started I made jewellery earrings, brooches and vases. I was told that these things had to be glazed. Later, friends of mine who were chefs pestered me to make plates for them and was told that they would only work if they were glazed.” She applied for a grant to test all the indigenous ingredients over six months to see what colours they produced in the saggar. Koala scat is a favourite as it produces pinks and oranges.

Anna-Marie was not happy with this and thought that there had to be another way.

In true entrepreneurial style she approached she sent out over 150 emails to different companies describing what she wanted. Among the ten responses was a Nano technology company in Melbourne. She worked with them to produce a “post-firing” liquid to seal her saggar fired ware.

This magic liquid allowed her the freedom to use saggar firing with its unique effects and the finished product completely functional. Liquid Quartz is made up of Nano particles of silicon dioxide and functions by the particles filling the pores of the saggar fired surface.

The product is used commercially as an anti-graffiti spray and a sealer for concrete floors. Part of the testing of Liquid Quartz was sending it to Germany to obtained food safety approval. It was tested at -7C and up to 150c. Testing it for the restaurant she asked the chef to place one of her plates in the dishwasher for hundreds of washes and there was no change in the surface quality. Silicon oxide on 7 on the hardness scale and it is also anti-bacterial.

The processes involved in producing the work can be thrown, cast, ram-pressed or hand built. Some of her plates shapes she makes from bought green ware plates she likes and bisqued. They are porous enough to be used as slump moulds and release the clay easily.

Anna- Marie forages for her raw materials for the saggar from the bushland in her own environment and often recieves collections of flora and fauna from the local indigenous people.

Also used are crocodile eggshells from a NT crocodile farm, Magpie Goose feathers from the butcher who prepares the goose for Orana restaurant in Brisbane, leaves, roots and even Koala scat (which gives a warm pink blush to the work).

The work is carefully nestled into the foraged ingredients and an outer layer of sawdust packed around inside the saggar. She sometimes uses vermiculite instead of sawdust to surround and insulate the work. She recycles the vermiculite after a few firings to the garden where she said it makes an excellent water absorber to keep moisture in the soil.

How to use Social Media for Success

Anna-Marie is strong advocate of Instagram to market and sell her work. seventy five million people use Instagram every day which is 20% of the total internet users. Instagram is a community of people who want to support each other and pass on information.

She has a separate Instagram account for business. Anna-Marie dedicates at least one hour each morning to exploring Instagram. “It is the number one social network to market your business. You cannot knock on that many gallery doors!

“It is important to make the posts visual appealing and not always to post just your products.  She often shows what goes on behind the scenes in the making process and even some of the disasters (which are very popular!) She suggests getting people to pose with your product to show how they are used and enjoyed.

Anna-Marie recommends that as an artist you should have a branded image or logo and build on this to establish your brand over time. Anna-Marie achieves 90% of her sales from Instagram and 10-20% from referrals.

“The most important thing is to engage with people on Instagram – to “comment” on their work and they will “comment” back and then “like” your post. Keywords are very important on Instagram for allowing people to find you and know exactly who you are so be exact in putting them in. The hashtags are like meta data and are a vital way to engage people.

As a packaging designer, Anna-Marie places great importance on the look and feel of the product she sends to her customers.

She uses Australia Post as she believes they are the most economical. Her work is packed well to avoid any breakages. (See illustration below). Anna-Marie allows eight weeks for delivery which gives her time if she has to re-fire work that has been ordered.

Having a website makes people feel that you are a business and they can trust you to buy from.

As part of her website, Anna-Marie has a shop. This is an online shop using the eCommerce widget ECWID. This is a free plug-in for up to ten items but she says by using 10 categories, she can have many products on the site. Discount coupons are available for her multiple buy clients.

Check your “stats” to keep an eye on who and how many are clicking on what on your website.

Anna-Marie suggests joining “Arts/Law” so you can know your rights and will answer your questions about contracts and any other problems that may arise with copyright of your trademark.

For liability insurance she suggests joining The Australian Ceramics Association and for income protection for artists (and transport insurance) she is with NAVA.

“Don’t listen to anyone who is not doing what you are doing.”

Find mentors, go to seminars and talk with artists who have been successful in their businesses. It has been an interesting journey for Anna-Marie and Made OF Australia beginning with spending the first six months going to every free seminar for business.

Visit Made OF Australia for more on Anna-Marie Wallace and her work: http://madeofaustralia.com/ 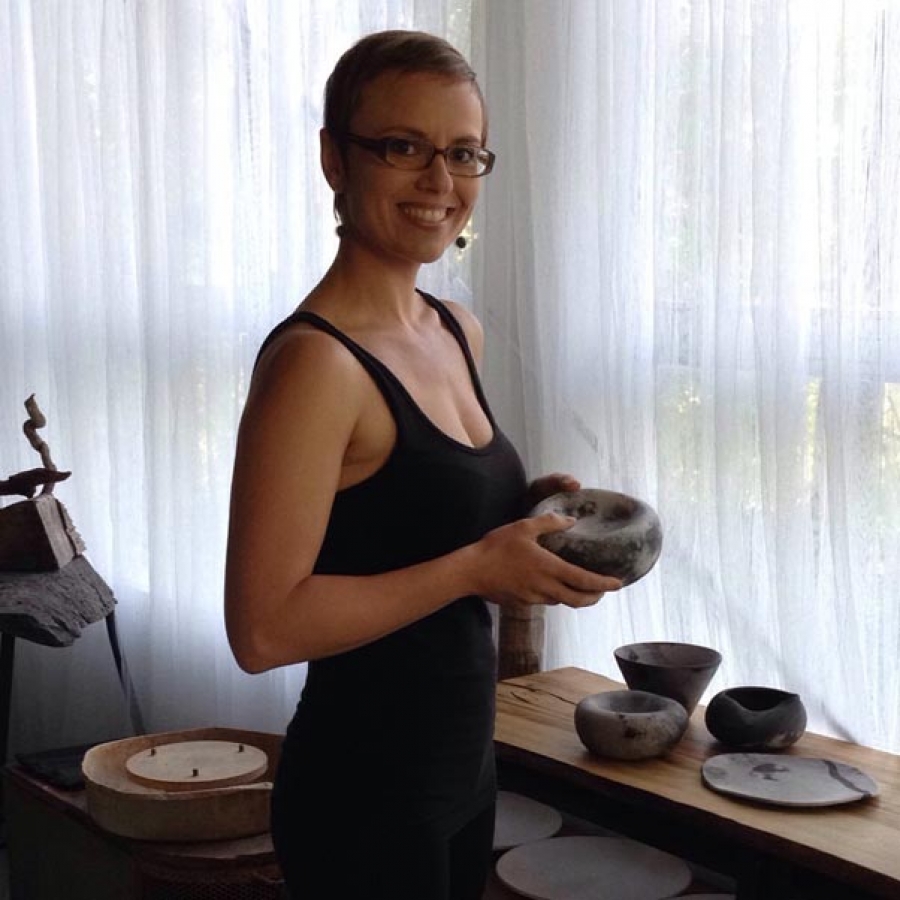 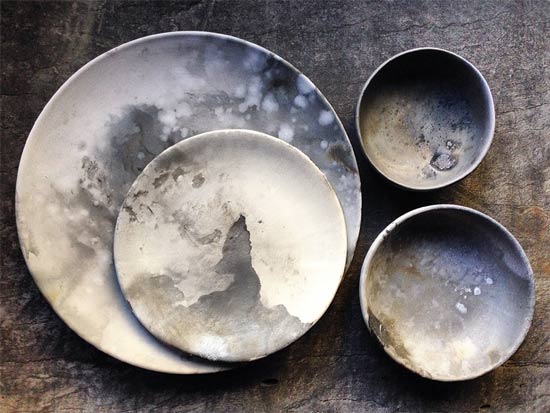 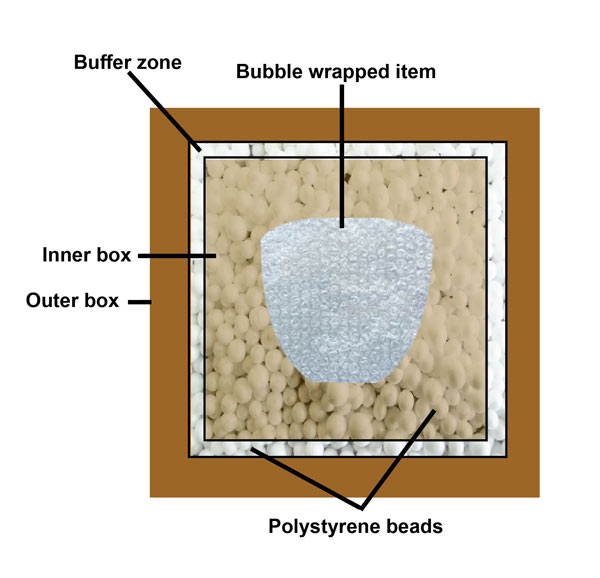 How to package ceramics for transport