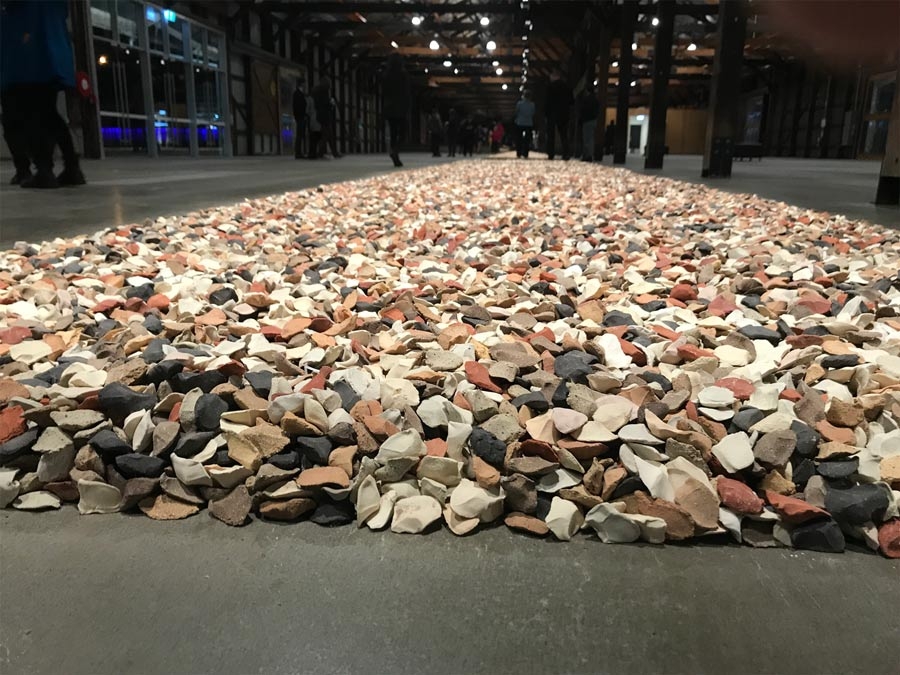 I was fortunate enough to be able to be present at the opening on 11 May of artist, Dan Elbourne’s exhibition, Deathgate. This exhibition is a ceramic installation that comprises of 1.3 million individual handmade ceramic pieces.

Each one of which represents one person detained in the Auschwitz network of concentration camps. It was a stroke of serendipity that this opening was able to be the first exhibition to be held in the freshly refurbished Toowoomba Railway Goods Shed. It was the perfect location for the exhibition.

Dan has been studying at the University of Southern Queensland, and this work formed part of his PhD project. Ceramics has been an ideal medium for Dan’s work with multiple components. With earlier projects, Dan used slip casting techniques, but as each piece was representative of a human life, each piece in this project needed to be individually formed.

Ceramics proved an ideal medium for the project in that while it is in its raw state, it can be individually manipulated, but when fired, forms an enduring object that has the potential to outlast us all.

The core of the project is remembrance. Dan conceived of the project while travelling by train in France. He says that you know when it is a good idea if it stays with you. Aesthetically the work is based on the main entrance to Auschwitz II, (also known as the death gate) The size, colour and shape of the stones were refined by observations Dan made when visiting the camps in January 2016.

He had begun the work on 25 June 2015, and it was completed 1,242 days later on 21 November 2018. This time frame corresponds with the mass killings of prisoners in the Auschwitz camps. There was a great deal of physical effort involved in the work, with much of the clay being recycled. The number of pieces had to be recorded, then fired, bagged and stored. Certainly, there were calluses.

Dan described the work as truly terrible:- monotonous, boring, scary, but also powerful. All the time, he worked with the thought that each piece was a person and that they were being killed at such a rate that he could barely keep up with the production.

This exhibition was the first time that Dan was able to view his work ‘in the flesh’. The pieces were laid out in two sections. The largest section represents the 1,100,000 people who died at Auschwitz, and the smaller is the 200,000 survivors. Dan intended that the work would also be considered as a relative fraction of the total amount of Holocaust victims (6 million) and act as a contemplative agent and exercise in empathy.

I personally found it quite moving to consider the mass of pieces, considering each one as a life and the overwhelming number of them. For Dan actually making them, it must have been quite transformative.

During the process, Dan was privileged to meet some Holocaust survivors. The comments of one woman who survived Bergen Belsen remained with him. “Work like this needs to exist as long as denial does.”

Tragically, prejudice and hatred continue with us, and as there are fewer surviving eye-witnesses, the effort must be made to remember the terrible consequences. 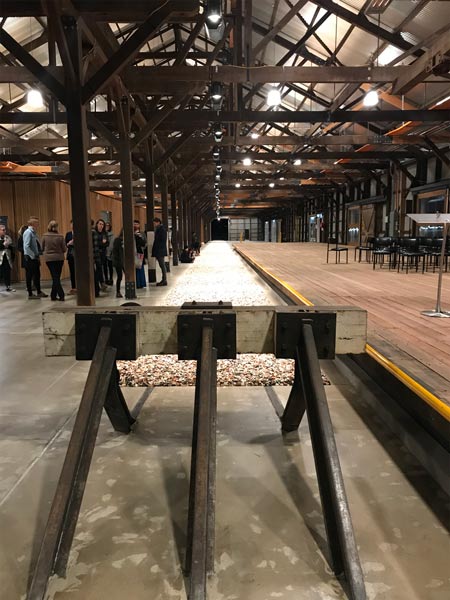