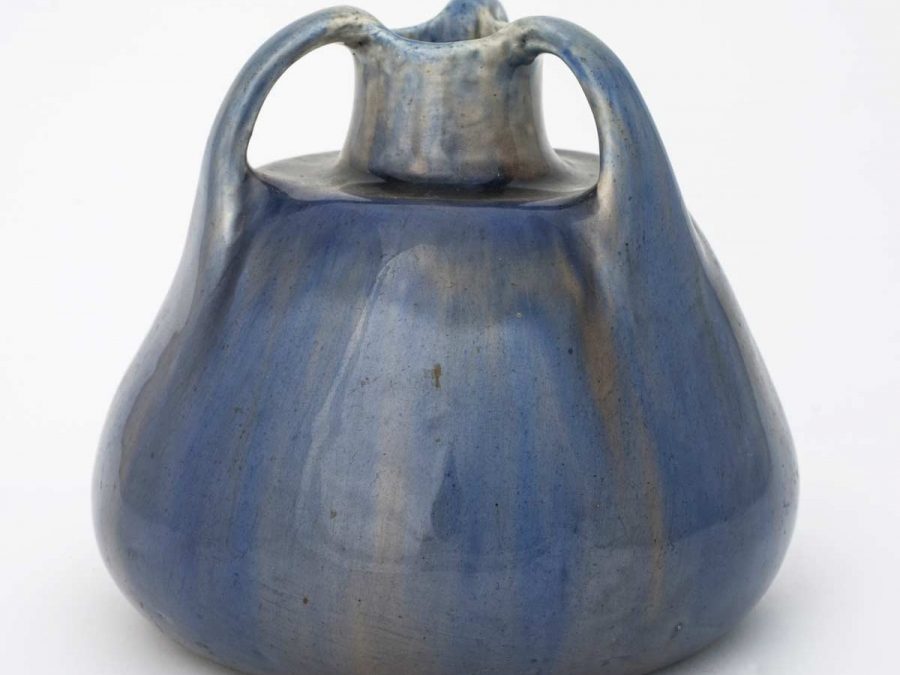 While the individual accomplishment of the pottery is considerably varied the number of potters identified demonstrates, unequivocally, how thoroughly Harvey School ceramics permeated the social and cultural fabric of Queensland in the first part of the twentieth century.

I started at the Queensland Art Gallery as the first Curator of Decorative Arts in 1981 ‘wet behind my (curatorial) ears’.

The first project was the relocation of the Gallery’s collection to its new building on the Southbank of the Brisbane River in 1982.

The first project I initiated, LJ Harvey and his School, which opened in September the year following was also the first fully researched and published project undertaken by the Gallery.

As the then Director, Raoul Mellish stated in his introduction to the exhibition’ . . . offers an opportunity to discover, in-depth, a rich part of Queensland’s heritage and it demonstrates, most clearly, the vital achievements in this State early in the century’.

Deborah Edwards and I shared the project: Deborah’s special interest was in sculpture (as it remains so today) and mine was in ceramics.

I also extracted brief biographies of the (largely) women involved.

Even with the evidence of the numerous skilled potters documented, it was clear that the exhibition had only skimmed the surface.

My initial research step was to check the Queensland State Archives for the Enrolment Records of Harvey’s Pottery classes in the Art Branch of the Central Technical College – they don’t survive. So I continued gathering information largely documenting the pieces that turn up in the various antique markets around Brisbane and contacts from surviving family members.

I tried to enlist the support of the then Crafts Council of Australia to expanded my listing of the craft-workers involved. However, its interest was in contemporary craft, and the Gallery thought that it had done its bit. I persevered even though the priorities of your employer and your own circumstances direct your life

I co-authored Colonial to Contemporary: celebrating 125 years of the Queensland College of Art, in 2006 (the new guise of Central Technical College where Harvey taught for decades) and as Harvey and his students weren’t represented in the QCA Collection I loaned items from my personal collection. Somewhat later the then Director of Griffith Artworks, Simon Wright, asked if I would help rectify this omission and advise him about suitable acquisitions.

As a result, I decided to donate my entire ceramic collection.

When my former co-worked at the Gallery, Angela Goddard, took over as Director, Griffith University Art Museum, I suggested a recap of the influence of Harvey in an exhibition which concentrated on art pottery as it would provide an opportunity to pull my research together. Angela was enthusiastic and as a result the exhibition With heart and hand: art pottery in Queensland to 1950 has been scheduled to open on 13 September 2018.

It was a deliberate choice to include identified potters in LJ Harvey and his School, but there was one exception: EW vase dated 1925.

It has been the tendency over the intervening to attribute works with initials to known potters so it has been assumed that the work is by Edith White and it could be . . . or Ella Wilson: the difficulty with Harvey School works is the consistent quality of execution and the uniformity of style. I have a record of well over 800 people who produced art pottery in Queensland before 1950.

This includes potters of whom I have been able to establish a substantial profile, and others of whom we know only from an exhibition record or the name they have incised on their works: added to this is the more than 300 unidentified monograms or initials.

The exhibition will display some of the finest works by Harvey and his many students. The publication (some three times larger than the first publication) will be more comprehensive and include a diverse range of richly illustrated essays on Harvey (the Inspiration), the character and the development of the School,

Harvey’s influence regionally and nationally, the influence of remedial pottery, essays on individual potters such as Daisy Nosworthy, Evelyn Buggy, Alice and Sarah Bott, the decorator Martin Moroney as well as an overview of china-painting and a short history of Stones Pottery.

Under the current conditions in Australia publishing large print run is pointless and publishing biographical details is impossibly expensive an exercise. The decision has been made that it will be a general edition and a limited edition including a print by the book designer (Michael Phillips) based on Harvey’s templates.

The biographies will be a separate digital component available through the College of Art’s website . . . and hopefully, the site will be updated if people feed in extra details. 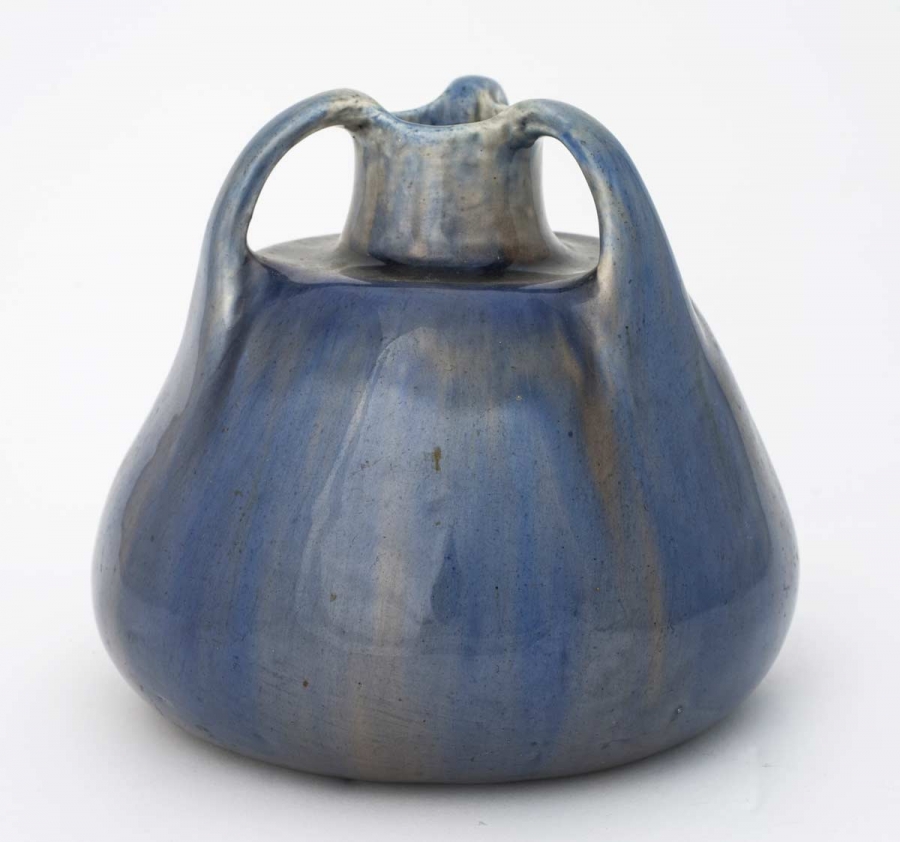