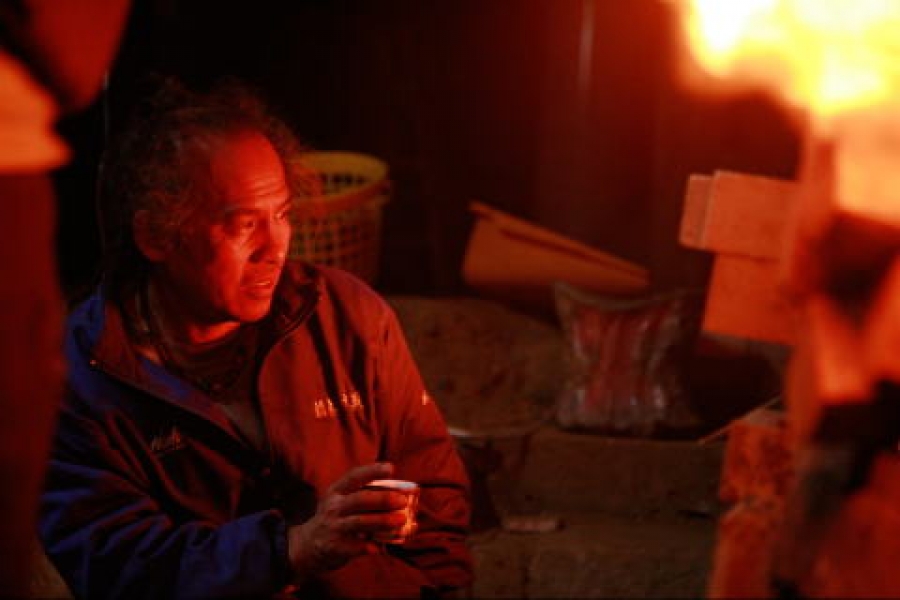 One of the first International Artist to arrive at Cooroy for the Smoke on the Water Woodfirers Conference was Shirobey Kobayashi. Shirobey is a Japanese ceramic artist who in his early 20’s spent seven years travelling around the world experiencing the cultures of Asia, the Middle East, Europe and Africa.

On returning to Japan Shirobey studied pottery for a year before building his own kiln and setting up as an independent potter. Every year he holds several one-man shows around Japan.

In Cooroy, Shirobey embraced the indigenous culture, spending to time learning to play the didgeridoo.

Chester said that he had being making pots for over 60 years and was introduced to woodfiring kilns in 1968. “Every firing is a new experience and every day is a new experience. Or maybe that’s because age has made me forget what happened yesterday!”

The key Yakishime elements are firing, clay, and form.

Standard firing temperatures reach 1350 celsius though some Yakishime devotees push the kiln temperature up to 1500 degrees.

A feature of the Yakishime method is the long firing times, measured in weeks rather than hours. A kiln can be fired for up to sixty days.

This vital clay flavour is termed the “tsuchi-aji”.

In the Yakishime ceramic style, pot tsuchi-aji is judged to be an important, intrinsic or even the defining element of the finished work.

During the firing the ash from the burning wood is deposited on the pottery randomly and patterns that incarnate the raw power and creativity of Nature itself.

Perhaps it is this mystic link with Nature that makes the works such perfect vessels for Ikebana, as it encourages plants and flowers to unveil their hidden essence to our eyes.

Shirobey’s studio is in Ichikai, Tochigi Prefecture north of Tokyo. Like Fukashima, this area was subjected to damage from the 2010 tsunami. Shirobey lost over 3000 pots in the tragic floods that overwhelmed parts of Japan.

Shirobey lives a life close to the land. He grows wheat for bread, all his own vegetables and has chickens for his fresh eggs every day.

His home – he said – he bought cheaply because it was a 300 year old house that had fallen into disrepair. He was able to restore the house to all its original beauty.

When he fires, he said he does not draw graphs but prefers the uncertainty and accidental gems. 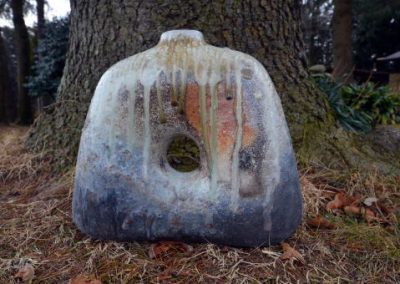 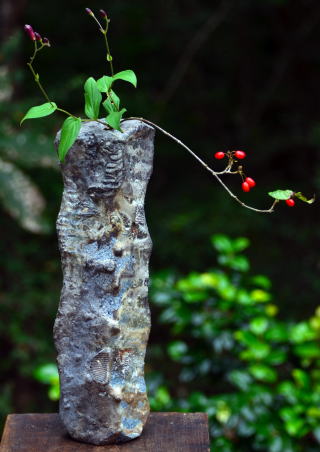 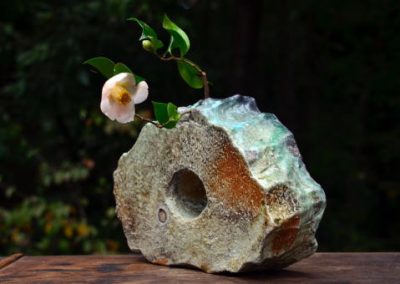 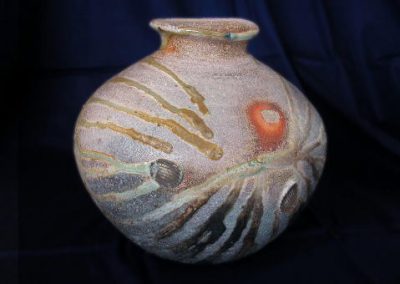 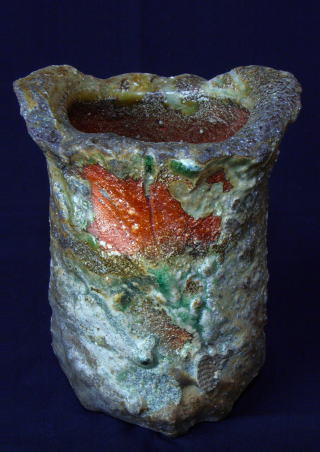 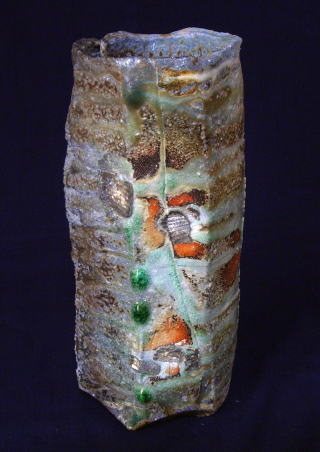 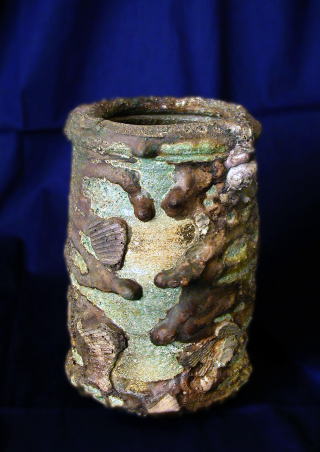 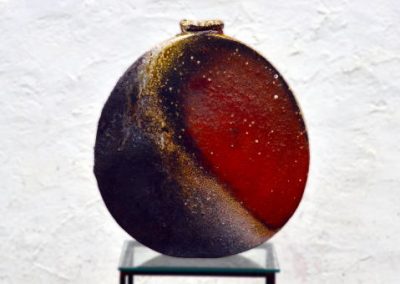