Seger Yields to Boron at Cone 6 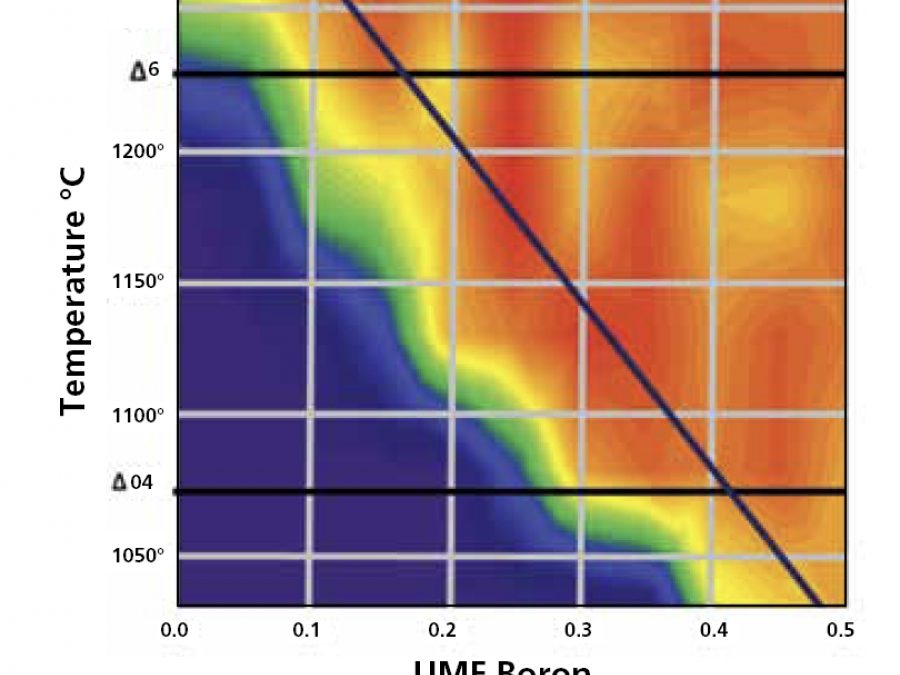 Seger Yields to Boron at Cone 6

Recent glaze research work in the US by both Matt Katz and Sue McLeod looks at the use of Boron as a flux in cone 6 firings. Cone 6 is used typically with mid-fired clays in electric kilns.

Katz says that it is possible to formulate mid-fired glazes using only the ingredients found in high-fired glazes by increasing the proportion of the alkaline metal (R2O) to the alkaline earth (RO) in the flux.

Katz does on, “However, increasing R2O is not without consequences. Glasses created with excessive alkali levels (>0.3) are less chemically and mechanically durable.”

While the role of silica, alumina and fluxes is well represented in the UMF or Seger formula, Boron was viewed as a bit player, regarded as a flux not required in Cone 10 – 11 formulations.

The Seger formula was developed by Hermann Seger in the mid-nineteenth century, who proposed that glaze composition was not a matter of ingredients, but of the number of molecules or “moles” of oxides that made up those ingredients.

He divided those oxides up into groups based on the way they worked in the glaze.

Fluxes were the melters and consisted of RO and R2O oxides. Stabilisers were stiffeners to prevent the glaze from running off the surface. These were neutral oxides of the form R2O3. Finally the glass formers or acidic oxides in the form of RO2 which form the non-crystalline glaze structure.

“What we see clearly is that we need roughly a minimum of 0.1 moles, on a UMF basis, of boron for every 50°C reduction in firing temperature from 1300°C.”

Sue McLeod looked at surface properties and durability of glaze formulations at cone 6.   She said:

“Since I was working at cone 6, I couldn’t rely on the fluxes alone to sufficiently melt my glazes. I needed to include some Boron, which is a low-temperature glass former.”

A usual source of Boron is Gerstly Borate, a prized but unpredictable mineral that contains two borates, (colemanite and ulexite). These melt separately in the firing, creating a “breaking” effect in the glaze.

Water-soluble sources of Boron (like borax) can migrate into the clay body, changing its melting properties.

This makes frits as the most reliable source of Boron for the working ceramic artist. 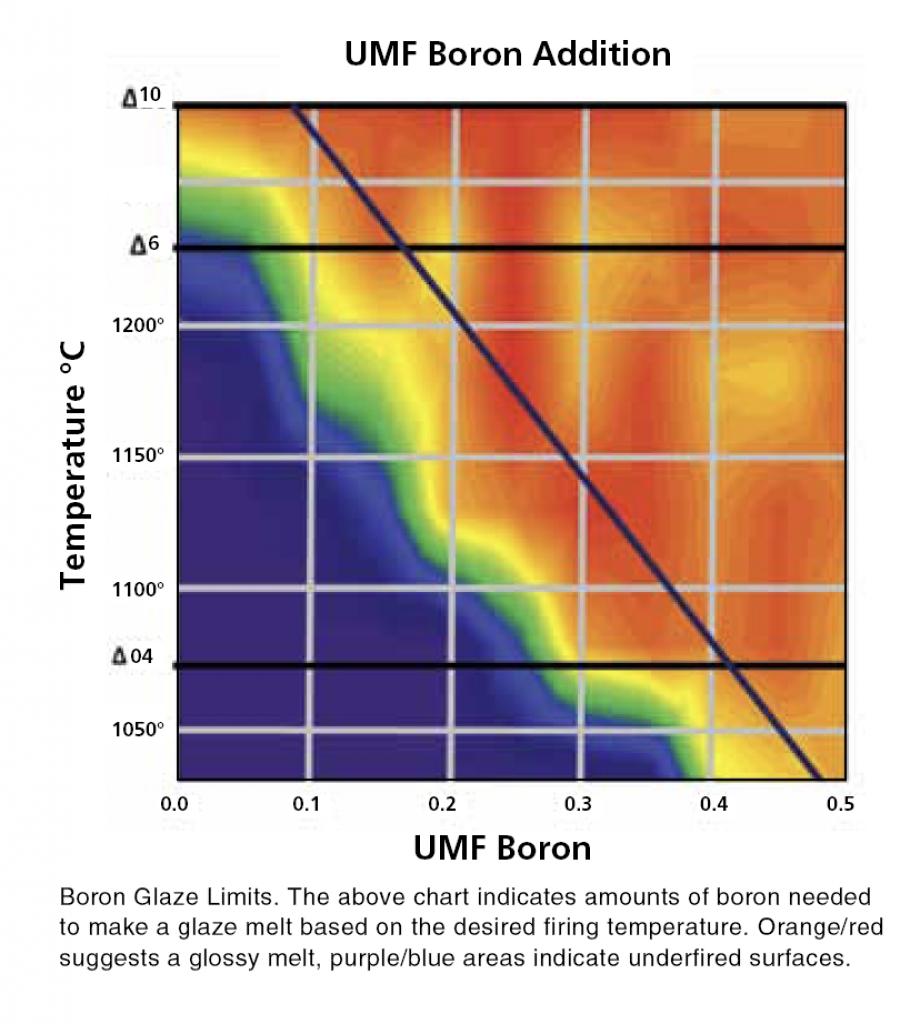