Opening up an Industrial Machine to Incidental Art 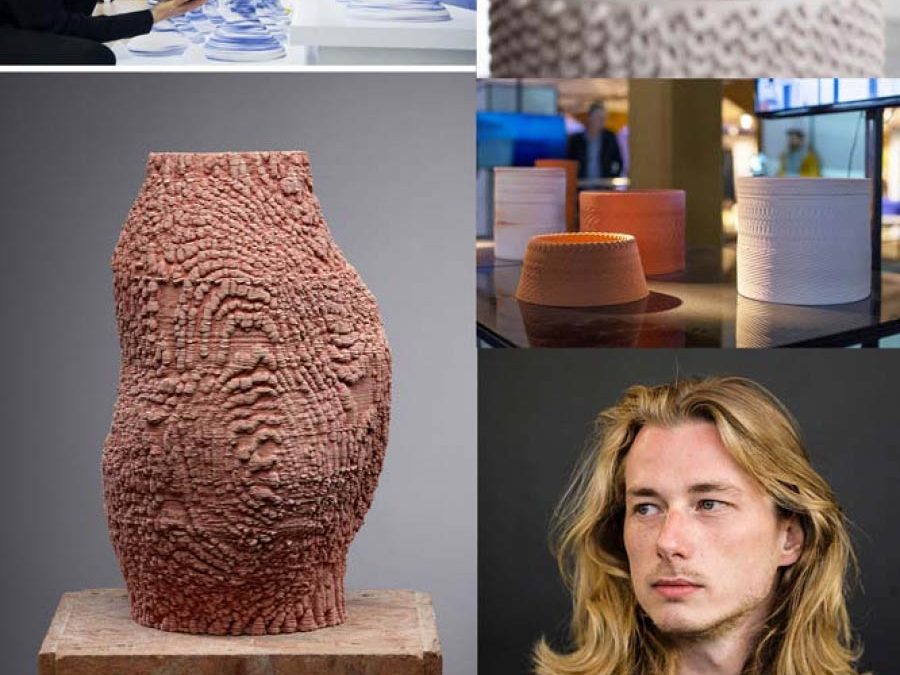 Opening up an Industrial Machine to Incidental Art

The industrial machine is a black box between designers and users. It is an imaginary border dividing craft and design. The works of Olivier van Herpt, however, pry apart the machine, expanding this unit for standardised production into a platform for creative exploration.

“3D printing sometimes feels rather ‘kil.’ Kil is a Dutch word meaning cold, clinical, without feeling, an absence of humanity to some extent.

By introducing elements of randomness I wanted to reintroduce error, a human touch and stochasticity. I wanted repeatability and precision but found I also needed mistakes”.

3D printing lets one manufacture many different forms, textures and colors that otherwise would not be possible. By developing a 3D printing process for a more noble and beautiful material, ceramics, I was able to make these fragile and fine objects.

Olivier uses environmental inputs during the 3D printing process to add randomness to the finished work.  Collaborating with a sound designer, he placed a large speaker under the printer platform and played a soundscape during the ceramic printing, causing vibrations that were captured and preserved in the walls of the vessel.

You could call it a sensory machine that feels its environment, translating input into a document of a specific time, location or raw material”. 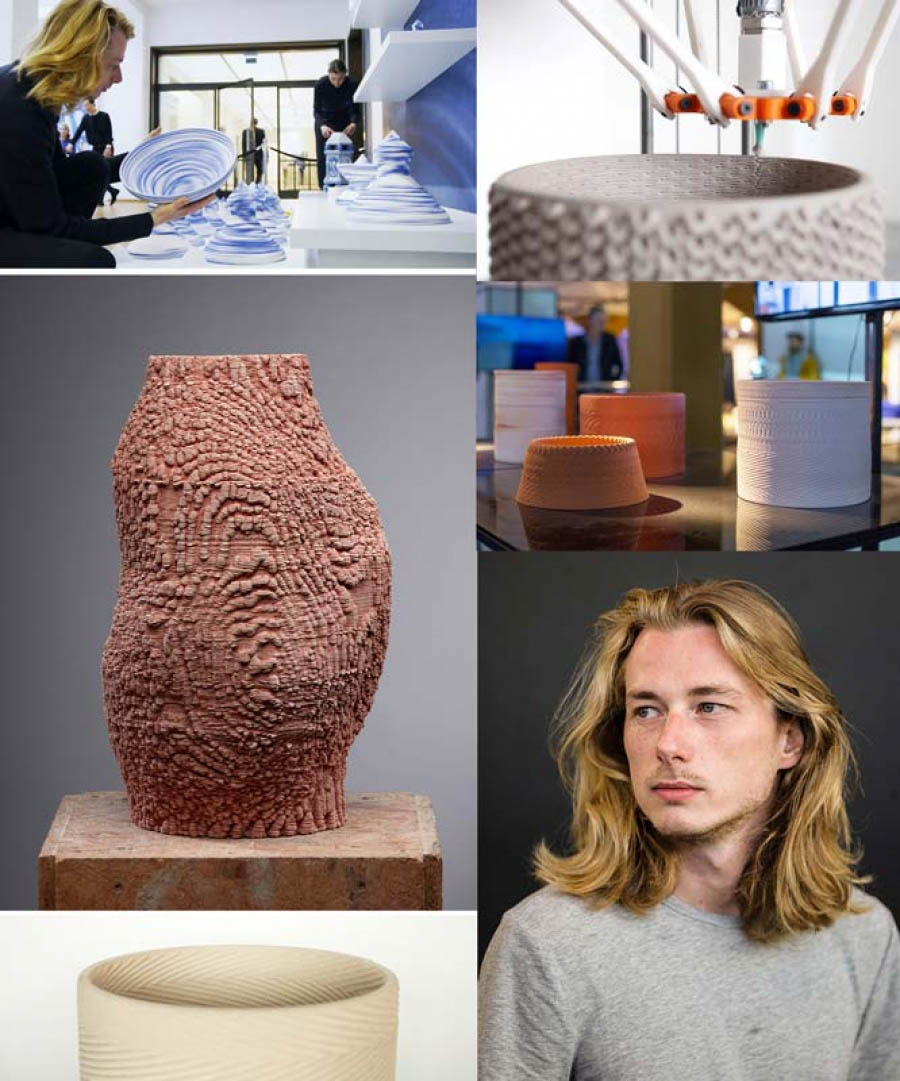