Dianne Peach
Dianne Peach was introduced to pottery in the mid 60s and became part of the second wave of studio potters making high quality functional and decorative ware in the rapidly expanding Australian craft movement. Experienced in many methods of hand-building and casting, as well as being a master thrower, she works with a wide selection of clay types and firing conditions creating exceptionally well crafted unique and innovative one-off pieces. Dianne’s current work is bold and visually arresting, and is now more aptly described as sculptural rather than functional vessel making. Dianne has held nine solo exhibitions, and participated in numerous group shows in Australia as well as exhibiting in the United States, Canada, New Zealand, Japan, England, and China where her work has been acquired. She is represented in the National Gallery of Australia, most State Galleries and many regional public and private collections. Currently her work can be acquired through Skepsi Galleries, Melbourne and Cooks Hill Galleries, Newcastle. Co-curricular activities include 2+9+4 years on the Board of Ceramic Arts Queensland, (formerly Fusions and Queensland Potters’ Association), 3 years on the Crafts Board of the Australia Council, and numerous engagements for teaching, reviewing, judging and advocacy. In 2004 she was named Queensland’s first “Ceramic Icon” by Crafts Queensland. 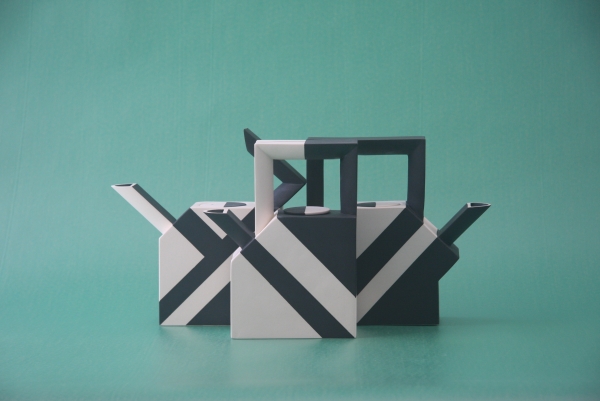 A Sentence of Teapots, 2014.  Image by Richard Stringer

Back to Member Gallery